Claire Simone Fisher is the youngest child and only daughter of the Fisher family. She was portrayed by Lauren Ambrose.

The baby of the Fisher family, Claire struggled through a difficult childhood and adolescence. She grew up in a house constantly full of people who were either dead or grieving. Her father was killed in a hearse/bus collision one Christmas Eve and she had to drive herself to the hospital high on crystal meth.

As a result, she finds it difficult to connect with most people, and the prevailing opinion of her during her high school years was that she's a freak. On the rare occasion that she trusted a guy enough to have sex with him - and accede to his request that she suck his toes - she was greeted the next day by classmates' calls of "oink, oink, little piggy," and "foot slut".

But Claire is resilient - and resourceful. To pay back Gabe Dimas, the toe lothario, she boosted a foot from the Fishers' embalming room and put it in his locker. After that Claire would have been happy if she never saw Gabe again, but when he came to the Fishers to arrange his six-year-old brother's funeral, she found herself reaching out to him. A friendship and romance ensued, but Gabe turned out to be far too troubled for Claire to help; he became a drug dealer, then committed an armed robbery and disappeared.

While Claire, for the most part, believes that life is a study in futility, she's finally found something she wants out of it: to be an artist. She was accepted to LAC-Arts, a prestigious art school she describes as the "Island of Misfit Toys of colleges." At first, her art school experience was positive; she felt she'd found a place where she could finally express herself and she fell in love with Russell Corwin, a fellow student. But the relationship quickly soured and the politics and egos at art school have turned out to be as bad, if not worse, than high school.

Claire continues to search for a place to fit in. Growing up in a mortuary, she's always possessed an old soul. Recently, though, she's distanced herself from the traumas and tragedies that have gripped the rest of her family by embarking on a number of adventures, from dabbling in lesbianism with her friend Edie to experiencing her first orgasm with a guy from art school. An ecstasy trip with Russell inspires an imaginative photography installation, which earns Claire a gallery show and an elevated new status - much to the consternation of her ex, who feels she has ripped off his idea.

Dismissive of Russell's feelings, Claire is preoccupied with her new pursuits, including a re-ignited crush on Billy; Brenda's estranged brother stepped in as a substitute photography teacher at LAC-Arts. Emboldened by a newfound confidence, Claire pursues Billy romantically.

She also has flings with fellow art college students Edie and Russell Corwin, becoming pregnant by the latter. However, she aborts the baby, which leaves him devastated. After leaving art school and securing an office job as a temp she starts a new relationship with her co-worker Ted Fairwell who supports her through the death of her brother. They separate when Claire moves to New York but reunite when he shows up at her mother's funeral years later, and by the end of the series they have married. 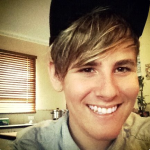 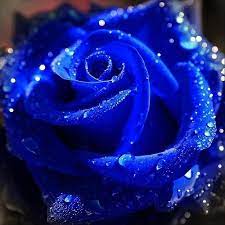 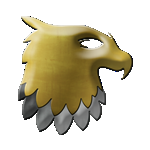